What happens in Magic Nation... 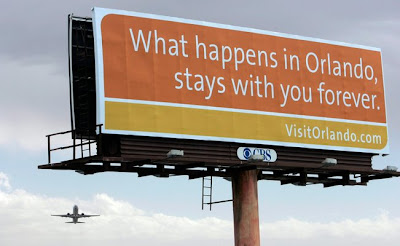 An article in the Las Vegas Sun mentions a new billboard in Las Vegas that was bought by the Orlando Convention & Visitors Bureau. The billboard pokes fun at Las Vegas' slogan, "What happens in Vegas stays in Vegas" while drawing attention to Orlando's distinction as a family-friendly destination. I like that the Orlando CVB is playing to Central Florida's strengths, instead of trying to be something we're not. We're not Las Vegas, and that's a good thing.

Do you support commuter rail?